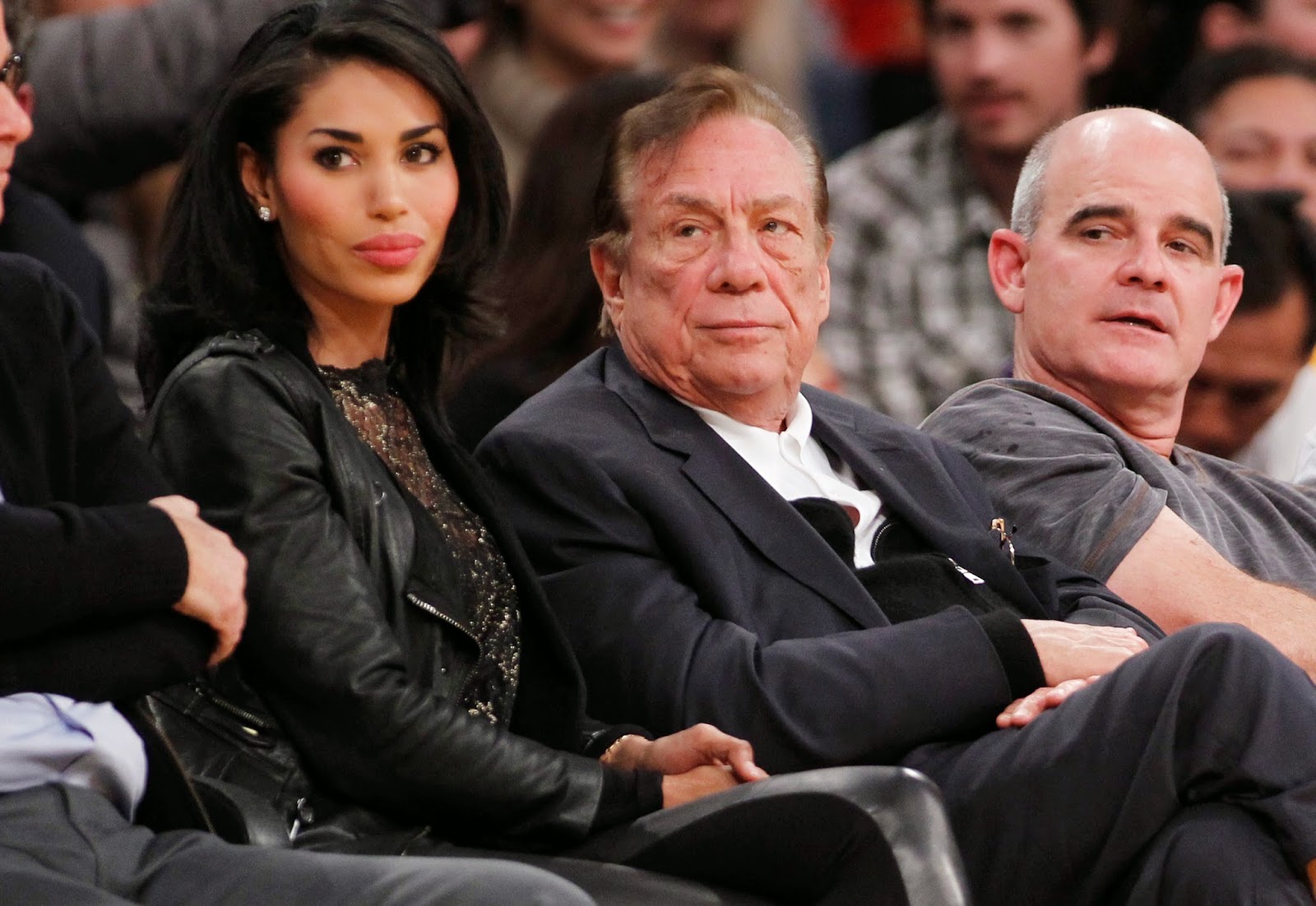 When new NBA commissioner Adam Silver announced that Los Angeles Clippers owner Donald Sterling was banned from the league, I took pause. I spent a good 30 minutes wondering if the punishment --banishment, the forced sale of his team, plus a $2.5 million fine-- was enough or too far. In some scenario, it might have made sense to hit Sterling where it hurts him most-- right in the wallet. In the wake of a scandal that affected and aggravated nearly every corner and crevice of professional basketball, and triggering a loaded first amendment debate, I ultimately believe the punishment fits the misdeed.

It was widely known in most social circles that Donald Sterling is a bigot. The comments that were recorded and released last week brought years of rumors and heresy to the surface.  A 2009 article in ESPN magazine focused on his notoriously abrasive personality, but only casually mentioned his testy, sometimes acrimonious relationships with African-American employees. Sterling was self-made, solecistic as well as solipsistic, and he didn't care what others thought of him. For his growing list of adversaries, however his dismissal from any and all NBA operations is a godsend.

The heft of the Sterling situation doesn't begin to rationalize the stupidity of his remarks. In a organization like the Clippers where over half of the payroll is black, and in a sports league where an overwhelming number of players, coaches, and executives are African-American, there is absolutely no place for Sterling's mindset. Even in the privacy of his mistress' boudoir, there was no rationale for his comments. Naming specific LA sports figures --NBA great Magic Johnson, Dodgers All-Star Matt Kemp-- only served to salt wounds. To not apologize or clarify his remarks firsthand, but rather hide behind an army of lawyers, reeks of cowardice. From that perspective, a lifetime ban makes perfect sense. People will not forget this, nor forgive Sterling in a prompt manner.

I suppose what startled me most about Silver's decision was how swift and thorough it was. He took the reins from David Stern less than three months ago, and this was the first major challenge (and decision) of his brief regime. I half-expected and feared weeks of doddering "investigations" and bluster, but Silver promptly reacted with dynamism and class. This wasn't a time to dwell, but a time for unity, and that the National Basketball Association should walk this off with dignity intact. The poison has been removed, Silver implied, and we should move on.  If only Adam Silver was representing us in Washington...

+ Was Stephen Colbert the right pick? He was arguably the best available. Was Colbert the only pick, as Les Moonves suggested late last week? That depends on how you define "only." With all due respect to Colbert, Comedy Central probably thought he was marginally more expendable than Jon Stewart; if "The Daily Show" host is the Kobe of the network's late night lineup, than Colbert was Shaq. E! probably felt the same way about Chelsea Handler, and a plethora of other big names in the rumor mill simply didn't want the job. With that said, David Letterman turned the Late Show into the second-most lucrative position in late night TV, and I wish Colbert nothing but the best when he takes the reigns in mid-2015.

+ Speaking of late night, this past weekend I caught in two lengthy discussions about the current state of SNL. This has been a transitional year for the show, with eleven cast additions in two years and only three or four of them making any impact. It's been an awkward season, but surprisingly not terrible; underneath the clashing styles and cast overpopulation have been some funny sketches and overall solid episodes. All I can say, give this cast more time to grow. Nothing about SNL was ever built in a day.

+ I was beginning to think November might be a big victory of the GOP. Then something stupid like this happens, people raise a stink, and we have a real race again. Just like 2012, women might be an X-factor in the vote.

+ My father's side of the family used to live in Overland Park, KS, near Santa Fe Road and 83rd. My thoughts and prayers to the victims of Sunday's Jewish Center shooting.

Next Week: the second installment of "Seasons of Love."
Posted by Stuart A. at 9:27 PM 3 comments: 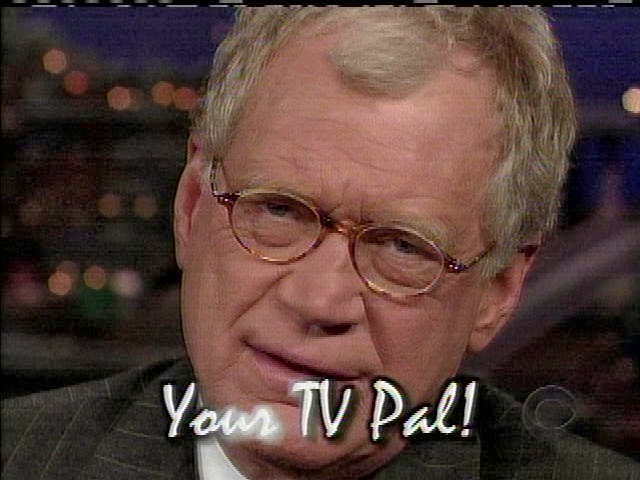 Most people at TV.com know me as "the late night guy." If I wasn't editing a particular show, I had contributed at some point. Though editing the SNL episode guide earned me most of my notoriety, I put more time and energy into the Late Night and Late Show with David Letterman. Where SNL merited more discussion, Letterman had the greater workload. With twenty-odd shows a year, SNL didn't need the near-constant cultivation that LNDL and LSDL needed. Where one show was churning out 190 to 200 new broadcasts a year the older, defunct series was a neverending work in progress. Sometime next year, that aspect of my TV.com career might draw to a close.

I was surprised by David Letterman's announcement that he will retire in mid-2015, but I wasn't necessarily shocked. Rumors of Dave retiring has been floating around for well over a decade. His trademark sarcasm and occasional grumpiness was morphing into crusty old age. The tone of the Late Show had grown both claustrophobic and agoraphobic; Letterman could barely feign interest in his guests half the time, and he was reluctant to participate in remotes or anything outside the cocoon of the Ed Sullivan Theater, walking distance from the hustle and bustle of Times Square.

To call Letterman influential is almost redundant. During his 14 years at NBC --six months as a daytime talk show host, 11 1/2 years hosting Late Night, and occasionally filling in for Johnny Carson in between-- he began a miniature comedy revolution. It wasn't funny in the winking, set-up/punchline sort of way; it could be eclectic, abstract, uncomfortable or all three.  The franchise that is now Late Night was a risk of sorts; Letterman was given the thankless task of replacing Tom Snyder, following an awkward fallout with the Peacock. (Sound familiar?) What was initially a low-rent, straight-ahead chatfest quickly became the strangest hour on network television.

When Dave bolted for CBS in 1993, the experimentation of Late Night gave way to Dave's most under-appreciated talent, his ability to interview (and sometimes interrogate) a guest. Case in point: if Jay Leno was inclined to ask Paris Hilton about her perfume, Dave felt more compelled to ask the socialite about her stint in prison. And that actually happened. And maybe 20% of the time, Dave apologized for taking things too far. If Leno often conceded his spotlight to an A-list movie star, Letterman's show was unquestionably about Letterman. He was seldom interested in pandering or kissing ass.

Then there's the records. When all is said and done, Letterman will retire as the longest-serving late night talk show host ever (33 years and change) and most episodes (nearly 6,000 between NBC and CBS). Where Ed Sullivan hosted his show from his eponymous theater for 18 years, Letterman called "The Ed" home for 22. Just about every current late night talk show host has tipped their hat to Dave in the past few days, and the accolades spanned from "The Simpsons" to frequent Late Show guest Keith Olbermann.  Even though the Letterman-Leno feud is over, the Ali to Dave's Frazier has kept mum.

After all these years, I will admit that maintaining the Late Night and Late Show episode guides has been a losing, almost Sisyphean battle. With the new restrictions to TV.com editor guidelines, I would have to get special clearance to finish both guides the way I and my predecessor Alan Brewster set out to build over a decade ago. Don Giller and David Yoder, arguably Letterman's biggest fans as well as the comedian's unofficial historians, are both racing to finish an encyclopedia of all things Dave. Letterman's fans formed an online community not unlike a cult sci-fi show, and with the end anywhere between a year and 18 months away, we could be on the verge of a schism or just quietly going our seperate ways. I'm not leaving TV.com --not now, though I've been tempted-- but pretty soon my incentive to socialize and submit information there could dwindle significantly.