Two of the ugliest races of Decision 2012 is not garnering national attention, but it's making Chicago and the outlying area feel emotionally spent. As a result of redistricting, seven-term incumbent Judy Biggert (R) is running the closest race of her political career against former congressman Bill Foster (D). Biggert's old turf was decidedly suburban and overwhelmingly Republican, now it's about 50/50 yet only slightly more urban. Considering that Judy is a grandmother in her mid-70s, there's also the question of whether she'll serve in Congress for much longer if she wins in two weeks.

Where Biggert and Foster are fighting for their political lives, another local race has turned into a barrage of name-calling and character assassination. Over in the redrawn 8th District, local war hero Tammi Duckworth (D) is running against Tea Party incumbent Joe Walsh. This race has become less about the issues than the candidates themselves; a recent debate was particularly personal and decidedly ugly. Walsh accused Duckworth of relying too much on her military background to evoke sympathy (she's a double amputee), while Duckworth has fingered Walsh as a misogynist and a woman-hater. Yeesh.

Granted, at this point the outcome of the election is all but set, and anyone expecting widespread turnover or any semblance of change will be disappointed. The GOP will keep the House, the Democrats will still (barely) control the Senate, and it appears Barack Obama will defeat Mitt Romney by a hairsbreadth. Not to be a negative nellie, but... enjoy four more years of gridlock.


Sorry for the delay, everyone:

Whether you love, hate, or have no general opinion of Vice President Biden you have to admit that he made for some exciting television last week. Where the second banana debate is just that, this meeting of the minds was somewhat compelling.  However, where Biden was animated Paul Ryan was direct and caustic. Even though conservative pundits praised Ryan for keeping his cool, his lack of specificity in explaining the campaign's economic platform made me very wary.

As for the second presidential debate, I found President Obama's performance to be much stronger than it was the first time around, and the incumbent and challenger almost fought to a draw. Gov. Romney's "binder full of women" remark was pretty awkward, and it probably would've blown by if women's rights weren't a crucial issue in this year's election. My only question is, was this narrow victory too little too late for our 44th president? At least one guy thought so.

One last, completely unrelated note: the weekend before last, I made my annual sojourn to Normal, IL for homecoming. Since I graduated nearly five years ago the area has changed dramatically; the "Uptown" area east of ISU's campus is almost unrecognizable from six or seven years ago. While having a beer with my ex-roommate at one of the new restaurants in town, I stepped away to use the restroom. As I waited to use one of the stalls, I watched six or seven guys in a row walk up the urinal, do their business, than walk out without washing their hands. After I did my business, another guy at the urinal threw a beer bottle on the floor and threatened to fight me. I guess the more things change, the more they stay the same.


There's been a lot on my mind lately:

+ I will concede that Mitt Romney won the first debate last week. It was not, however the KO that most in the media have described. Where Romney was more polished in his delivery than President Obama, he was also vague at times and much more incendiary. Where President Obama looked unfocused and tired, his responses to Jim Lehrer's questions were more specific in detail. Regardless, I don't think too many people were swayed by the overall effort, and there are two more debates to go.

+ They put an avowed creationist on the congressional science committee? Huh?

+ For the fourth year in a row, I won a fantasy baseball title. In what will probably be the last year of the TV.com league at Yahoo, I barely edged out Dolph Rudager to take first in the six-man league. My "other" team finished third despite being in first much of the year, and a team I inherited in midseason (thank you, LesNessman) finished seventh out of ten in a kinda sorta "keeper" league.

+ Over on the Chicago improv scene, I am now using my talents for a noble cause. About six weeks ago I auditioned for a non-profit organization called Funny Bones Improv. The primary cause of the group is to perform game-oriented improv to sick children in hospitals. After making the cut, I observed an FBI show at a hospital in the north Chicago suburbs; it was staggering how much the kids' morale was boosted by our wacky shenanigans. I don't have my first show for a few more weeks, but I can't put into words how humbled and honored I am to be part of this organization. 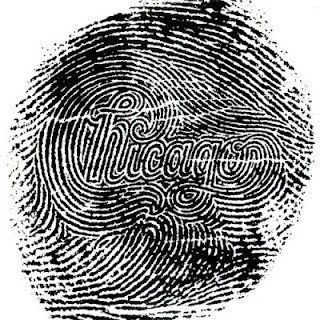 As most of you know by now, I've almost run of years to cover in my monthly music blog. My four-year is almost at an end, though I may revise and revisit some lists in the distant future. Even though I've written about the sound and substance of these great musical works, I have barely covered the artistic effort and assorted intangibles of these albums.

With that said, please enjoy these arbitrary lists: