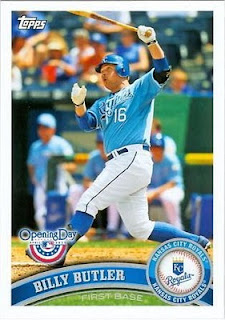 This week's blog entry is a milestone, but personally I'd rather be practical than self-congratulatory. With spring training in its last throes and the regular season a mere ten days away, what better time than now to post my baseball predictions for 2011? After all, there is a certain symbolism to the number 300 in baseball: a strong batting average, the unofficial minimum number of career wins to enter Cooperstown, a ridiculous amount of strikeouts in any given season. Granted, 300 home runs won't get you into the Baseball Hall of Fame --not in this day and age-- but it'll grab people's attention.
As such, my annual baseball preview typically has some type of quirk. In 2009, I explained why your team won't win the World Series, regardless of whether they were serious contenders or playing for pride. Last year, I posed a serious question about each team. This year, I'm exchanging short-order cynicism for the most simplistic yet elegant form of poetry: the haiku. That's right folks: I broke down all 30 MLB teams, seventeen syllables at a time. (Okay, sorry, moras.) Some of my prognostications are informative, others are witty, though a few are bordering on abstruse. Below my metrical compositions are my usual, concrete individual predictions for the year to come.
(playoff teams in bold)
AMERICAN LEAGUE
EAST
1. Red Sox: Behold, Great Gonzo!/the power hitter they need/to repeat glory.
2. Rays: No dismantling yet/youth and vigor in Tampa/means a Wild Card.
3. Yankees: One starting pitcher/is all the pinstripes have now/Lee screwed them over.
4. Orioles: Youth movement's growing/gives you one early warning/watch out for Wieters!
5. Blue Jays: Unhappy Canucks/woeful in the Great White North/is hope on the way?
CENTRAL
1. Twins: Only 83 wins/might conquer this division/ho-hum, but sturdy.
2. White Sox: If pitching's healthy/might ignite a pennant race/if not... Big Country?
3. Tigers: Miguel, stop boozing/Motor City needs Sheen blood/and less Foster Brooks.
4. Indians: Panic in the Cleve/remember Pronk and Grady?/they used to produce.
5. Royals: Young and unproven/95 losses seems fair/can't wait until '12.
WEST
1. Rangers: No Lee or Vlady/makes for an uphill battle/but the bench is deep.
2. Angels: Proven veterans/the pitching is heavenly/tread lightly, Texas!
3. Athletics: Contenders? Hardly!/their grit wears opponents down/so I'll give them that.
4. Mariners: All-defense fizzled/so back to the drawing board/long year at Safeco.
NATIONAL LEAGUE
EAST
1. Phillies: Halladay, Hamels/Oswalt and Lee, beastly arms/assured destiny.
2. Braves: Without Cox, are Braves/now Indian princesses?/surely critics jest.
3. Mets: So many questions/Beltran's glove, K-Rod's temper/this soap opera drags!
4. Marlins: Raw and unfocused/fish won't bite in '11/insert sushi joke.
5. Nationals: Strasburg and Harper/are mere glimmers in the eye/same old crap this year.
CENTRAL
1. Reds: Impressive bats, but/a matter of time before/Baker wrecks Chapman.
2. Brewers: All hail Zach Greinke/the hero has run support/repeat of '08?
3. Cardinals: Pujols' wanderlust/and all those injured starters/birds go south early.
4. Cubs: Are you kidding me?/first baseman hits .200/simply staggering.
5. Pirates: Andrew McCutchen/and 24 other guys/all you need to know.
6. Astros: The least improved team/so-so arms and good speed/will not be enough.
WEST
1. Giants. They are dwarves no more/the kids have proven themselves/a dynasty looms?
2. Dodgers. High payroll, high hopes/the divorcing boys in blue/men on the rebound.
3. Rockies. Ubaldo's first half/was quite beastly in '10, but/can he pace himself?
4. Padres. Oh dear, that offense/won't help mighty rotation/80 low-score wins.
5. D-Backs. Expecting progress/with no power, weak bullpen/quite a tall order.
AL Rookie of the Year: Mike Moustakas, Royals
NL Rookie of the Year: Domonic Brown, Phillies
AL Cy Young: Jon Lester, Red Sox
NL Cy Young: Tim Lincecum, Giants
AL MVP: Joe Mauer, Twins
NL MVP: Albert Pujols, Cardinals
AL Manager of the Year: Terry Francona, Red Sox
NL Manager of the Year: Fredi Gonzalez, Braves
First Manager Fired: Edwin Rodriguez, Marlins
2011 World Series: Phillies over Red Sox in 6
Next Week: the year in music, 2001.
Posted by Stuart A. at 9:47 AM 3 comments:

+ I apologize for the delay (again), but I had some internet connection issues Tuesday night. Plus, it's been a dry week of sorts. I can assure that I will more than make up for it with my next two dispatches.

+ Like many of you, I'm quite concerned about the fallout (pun not intended) of last Friday's earthquake in Japan. The series of unfortunate events that have struck an island nation --it was followed by a ripple-effect tsunami, a near-nuclear meltdown, and a mild snowstorm-- could be perceived as the wrath of nature, karmic retribution for an unknown sin, or both. I won't even get started on Glenn Beck's inevitably offensive opinion on the matter. Scientifically, the earthquake was the result of a long-dormant fault in a nearly tectonic plate, and disasters of this proportion are almost impossible to predict. While the loss of life and property so far roughly matches the chaos in Haiti 14 months ago, comparing this catastrophic domino effect to the island nation or the almost forgotten Peruvian quake last year is like analyzing apples, oranges, and grapes. Financially I have my hands tied, but if you can donate a small monetary amount to the Red Cross to help the survivors, bless your heart.

+ The second week of my internship was relatively stable compared to the first. On one hand, nothing of incident occured during either of the Saturday night shows in the upstairs theater. On the other hand, the theater is right smack in the middle of the Wrigleyville bar district, and it was difficult for employees and ticketholders alike to manuever through the neighborhood during unofficial St. Pat's. At times it felt like I was a supporting character in a George Romero movie, fighting off the zombies in the only place I knew was safe. The irony, however is that after my shift ended I walked four blocks to a raucous birthday party. Before you judge me, however I had one mixed drink before crashing at another friend's apartment nearby.

+ Finally, if anyone's interested, IndianaMom has launched a Final Four Pick 'Um pool just for us TV.com folk. There's no money involved, it's just for bragging rights. Let me know if you're interested ASAP if you want to fill out a bracket, because tipoff is Thursday morning.

Chronicles of an Intern

About six months ago, I applied to be an intern at the theater where I'm taking improv classes. Last month, I was finally put into consideration and last weekend I worked my first shift. An internship is not a real job but this certainly feels like one; for one night out of the week, I'm essentially part of the theater crew. My responsibilities include fetching beer from the stock room, cleaning off chairs and tables between and after shows, handling tickets and seating paying customers. Being a type-A personality, I felt an unusual sense of arousal by the intern program's motto: "ruthless efficiency."

Supposedly, my first night was a pretty rough one. A group of 16 or 17 had come to see an 8pm show in the upstairs theater, and several members of said group snuck in flasks. By intermission, they were having a weird little whisper fight in the audience and at least one member of the group vomited. We didn't eject the entire group from the theater, just the three or four offenders. Shortly after the show, I learned that a similar incident had occured at about the same time in the downstairs theater. The assistant manager who was in charge that night apologized for the "trial by fire" --four other interns were being trained that night-- and that what happened was an isolated incident. Being an intern at the theater is not glamorous by any means and I knew that when I first applied, but I'm happy for the opportunity and hope it'll be smoother sailing from this point onward.

+ What should we do about Libya? Whether or not the United States intervenes, it's hard to imagine Moammar Khadafi coming out of this alive and unscathed. I think American intervention is all but necessary at this point, though I'd rather go the diplomatic route rather than excaberate what is unofficially a civil war. One can argue that this would be another vaguely defined interloping in a Middle Eastern country where American interests aren't particularly vital --cough, Iraq, cough-- but the need to wipe out a highly vulnerable, long-standing nemesis is an itch that's hard not to scratch.

+ Hey, does anyone remember my diatribes against former Cook County President Todd Stroger? Well, now we have something in common: we're both getting an unemployment check from the state of Illinois.

+ Finally, a wonderful, pinpoint article about the most miserable sports cities in the US. Memo to hard-to-please Chicago sports fans: quit your bitchin', it could be a lot worse.
Posted by Stuart A. at 9:13 AM 1 comment:

After months of buildup, it's finally over. With 55% of the vote, Rahm Emanuel not only trounced his competitors for Chicago mayor but rejected the need for a run-off vote in March. Whoever expected this to be a close four-way race --cough cough, the local media-- must've been humbled when Gery Chico, Miguel Del Valle, and former U.S. Senator Carol Moseley-Braun combined for 43% of all ballots counted. On the other hand, it's not like people were voting in droves to put Rahm in the mayor's chair; less than half of all registered voters in the city turned out on Election Day. If you think Emanuel bought the election, I'd suggest having a conversation with Michael Bloomberg first.

Mary Mitchell, a columnist for the Chicago Sun-Times who is notorious for turning every news story into a racial issue, declared the election a death call for the black voting bloc. What she seems to ignore was how weak Carol Moseley-Braun was as a candidate; the "crack addict" remark I mentioned a few weeks ago was only the tip of her malapropism iceberg. Granted, Braun wasn't the only African-American woman on the ballot, but she fumbled whatever momentum she had from the very get-go. CMB was the only other nationally-known name on the ballot and she never used that recognition to her benefit.

As for the future of Chicago, my outsider, suburban hiney will watch with baited breath. Maybe Emanuel will trigger a city renaissance, or maybe he'll do nothing and get spanked in 2015. Either way, we're stuck with the little fella.

+ An old Illinois State buddy of mine works for the CBS affiliate in Madison, WI, and over the weekend I texted him to ask for his take on the fracas up there. He's a libertarian and a social moderate, and chances are he voted for Scott Walker last November, but he shared the setiments that several of us bloggers and editorists have arrived upon: the media is totally playing the conflict wrong. It's easy to say that between the teachers' unions and Gov. Walker, no winners will come out of the protests and partisan hubris, but it's more complicated than that. In the end, the negative publicity will create some Democratic gains in the state senate come 2012, and collective bargaining will be restored while nobody's paying attention. In the long run, nothing will change.

+ A new term has begun at IO, and therefore a new schedule. For the first time in almost two years I'll have Sundays off; I'm taking Improv Level 5 on Saturday afternoons, and a Scenic Improv elective at Second City on Tuesdays. To compensate financially I'm taking a breather from the IO writing program, though I intend to finish that later this year.

+ Finally, I'm so relieved to know that CBS has figured out a way to write out Charlie Sheen from "Two and a Half Men." I don't think there could've been a more fitting ending.
Posted by Stuart A. at 10:21 AM 1 comment: