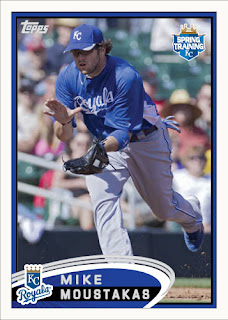 Around the time of my 27th birthday last year, I found myself lamenting the last "pure" days of my youth. Over the past few weeks, my aimless pondering found a focal point of sorts. About two weekends ago, a man named Phil Patnaude died under mysterious circumstances near Belmont Harbor in Chicago. Patnaude graduated from my high school a year before I did, and the sudden death of such a promising young man rocked the community. I barely knew the guy, but his passing dominated my news feed on Facebook. He was unquestionably assertive, a go-getter, a leader and an achiever. Suicide or not, very little about his death seemed to make sense.
As it turned out, this was a case where bad things came in threes. Around the same time Patnaude perished two other Downers Grove North alums, both around my age, also died suddenly. Unlike the type-A Patnaude, these other two boys were underachievers --out of respect to their grieving families, I will not share their names-- and were barely mentioned in my old yearbooks. Their deaths didn't grab the local media's attention; in fact, I found out about their passing via word of mouth on Facebook, almost like a weird afterthought. A part of me wondered if I should mourn or just walk this off. More than anything, I was spooked by this abrupt barrage of mortality, by three deaths that happened much too soon. Is it survivor's guilt?
From my experience, unless one's passing garners the attention of the local media, you find yourself wondering how someone could passed away so young, and yet you'll never truly find closure. For example, if this person made the ultimate sacrifice in Iraq or Afghanistan, you'd right away. If said person had a prolonged illness and heroically fought this malady to the bitter end, same thing. If it's anything else, everyone --including the family-- keeps mum. Maybe its that level of modesty and Catholic guilt you only find in the midwest, I'm not sure. In those cases, a life isn't celebrated, but a death invokes an unexplained shame.
Next week: my 2012 baseball preview.
Posted by Stuart A. at 11:00 PM No comments:

Part of the appeal of right-wing radio talk show hosts is that they bait potential audience members with one singular "liberal" quirk. Dr. Michael Allen Weiner, better known to the world as Michael Savage, is a vegan and a champion for humane shelters. Bill O'Reilly has spoken out for climate change, though whether or not he was swayed by Rupert Murdoch is up for debate. Andrew Breitbart, the conservative pundit that passed away suddenly last week, took his own left turn by supporting gay rights and pledging money to the Log Cabin Republicans.
Whenever I go on a topical rant, I tend to reserve my vitriol for the cable talking heads. I try to avoid the "big three" cable news outlets, though I can handle CNN in small doses. To me, MSNBC and Fox News may be on opposite ends of the political spectrum, but they're really cut from the same cloth. Boring ol' CNN might try to be non-partisan, but MSNBC and Fox News rely heavily on their loud, over the top, politically slanted personalities. So what happens when one of those loudmouths suddenly passes away?
A weaker, more bull-headed liberal would probably clammer for the opportunity to spit on Breitbart's grave. I, on the other hand, channeled him out after a certain point and didn't look back. As much as I appreciate that he went against the grain on gay rights, there's a part of me that is very reluctant to forgive him for his actions in the ACORN scandal. Plus, one could also argue that he took too much credit for the downfall of Rep. Anthony Weiner last year. For his past sins, perhaps it'd be best to remember him for the man behind the bully pulpit: a husband and father, the son-in-law of actor Orson Bean, a witty intellectual and man of contradictions. Bill Maher, his frequent sparring partner on HBO's "Real Time," was Breitbart's off-screen golf buddy.
Naturally, that brings me to the recent flap between overbearing radio icon Rush Limbaugh and unfortunately-named law student Sandra Fluke. Labeling an otherwise unassuming law student a "slut" was way out of line but Rush's apology, partially dictated by a mass exodus of sponsors, was surprisingly gentlemanly. It's an election year, and women's health concerns taking an unfair amount of attention away from more substantial concerns like job growth and the economy. Uproars like this come and go, yet I can't help but think that this could potentially linger until November. Limbaugh's comments were idiotic and even he acknowledged that, but whether the four GOP candidates sweep this under the rug or address it head-on could sway the election.
Posted by Stuart A. at 7:57 PM No comments: