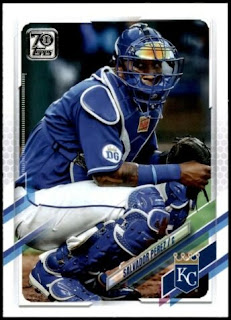 If it feels like I just posted this seven and a half months ago, well, that's because I did. We're entering our second season of baseball with COVID, and the trepidation has evolved into something peculiar. How many people will be allowed in the stands? How much money will MLB stand to lose between the pandemic, sky-high free agents, and skepticism about the exposed Astros? I don't know to answer those questions, but I know how to break down all the teams in 17 soma:

3. Blue Jays (82-80) Like the Rays, with less/pitching still; young lineup has/Springer in their step.

5. Rangers (64-98) Newly rebuilding/good outfield... and not much else/Kiner, team leader?

One damn year. What was supposed to be a few weeks, maybe a couple months has now dragged on for over a year. I'm glad to see vaccinations are accelerating, but the assumption that just because the weather is warmer means relaxing certain protocols is lazy and dangerous. (Remember when people thought the summer heat would kill the virus?) I feel like we're 75% of the way there, yet we're going to be at 75% for a good while.

I have both of my shots, but I'm still going to wear a mask everywhere. It's common courtesy, if nothing else. People are getting sloppy and inconsistent about mask-wearing here in Chicago and the suburbs, which is as troubling now as it was 12 months ago.

My annual Spring battle with allergies came and went last year with much of an impact, and I think wearing a mask contributed to that. I get hit again in mid-October too, and I had maybe two days of sneezing and nasal drip. I hope against hope that this March and April will be the same. Otherwise, I'll stock up on Claritin.

Next week: my annual baseball preview.

Bouncing off the (news) satellites:

+ I was fully expecting the early days of the Biden administration to be a mixed bag. The worst is gone, but our problems will not be immediately absolved. The decision to bomb Syria to intimidate Iran was concerning, but I like what Biden et al. are doing in regards to the pandemic.

+ Meanwhile, I have both of my COVID shots!

+ It probably goes without saying I'm not flying to Texas for Spring Break. Money is too tight to travel, on top of... well, you know. I am saving my money for a couple of short, cost-effective road trips, though.

+ If I've been keeping my semi-regular dispatches short, I've been distracted or overwhelmed by other things at the moment. Cleaning out our parents' house has been just as much of a challenge as I expected. My sister and I are sifting through the belongings of not just things we inherited from our parents, but from grandparents, aunts and uncles as well. So much of our once big, sprawling Catholic brood has trickled down to the two of us.

+ I'm guardedly optimistic about my Royals this year. We made a number of good moves, and I have faith in our plethora of above-average arms in the minor leagues. I'll go more into detail when I write my baseball haikus later this month.