Until a few weeks ago, this was probably the first president election in a generation where there was no clear front-runner or underdog.  In the wake of several blunders by the Romney campaign, however it seems like Barack Obama will be reelected almost by default. This is exactly what I forecasted two months ago: the 2012 election is 2004 in reverse. The more the rich, out of touch challenger trips on himself, the more momentum the middling incumbent gains.

What might have been Romney's Mondale moment occured at a private GOP fundraiser several months ago. Whether it was intended for the public or not, to suggest that 47% of the U.S. population lives on government handouts was thickheaded and irrational. In short, Romney mixed up three disparate groups: the roughly half the country that will inevitably support President Barack Obama, the half that doesn’t pay federal income taxes, and the half that receives government benefits. Sadly, this is congruent with the GOP's way of thinking; they assume that anyone who receives any money from the government, whether it's deserved or not, is a lazy bum.

+ Speaking of races that are all but over... really?

+ I can't complain about the Emmy winners in the drama categories, though the comedy winners were an absolute mess. Jon Cryer won Best Lead Actor for endurance, not on the merit of his performance. Even though "Modern Family" deserved to win in 2010 and 2011, the Best Comedy Series three-peat was wholly unnecessary; though "Treehouse" and "After the Fire" were both fine episodes, season 3 was staggeringly uneven.

+ Apparently, owning a black-and-white striped shirt is enough to make you an NFL replacement referee. This lockout needs to end ASAP.


When I wrote my "2002 in music" blog a few months back, I alluded to a humdinger of a personal story. I was going to save it for the actual anniversary later this week, but with the Chicago teachers' strike still on my mind I decided to share my yarn a little early. Here goes:

When it came to homecoming court --at least as far as the DGN Class of 2003 was concerned-- there was little debating who would get nominated. For the underclassmen, three nominees of each gender were chosen, and for the first three years of high school it was the same two boys and a third "wild card" pick that was a mere afterthought. The same football player, the same basketball player, and some red-shirted lieutenant. The seniors picked six nominees apiece for king and queen; it was more inclusive yet a seemingly greater honor.

Somewhere around Homecoming 2001 (my junior year) a guy in my second period chemistry class suggested my name for nomination. He was half-joking; I was the antithesis of anyone that would contend for court, but that was also the point. As the school year dragged on, I occasionally brought up the topic and noticed a growing desire amongst my peers to shake up the status quo. Without blantantly campaigning, I proposed myself as the alternative. The school radio station, populated by a motley mix of geeks, hipsters, stoners, and metalheads made up the core of my support.

Early on in my senior year at Downers Grove North, my district went on strike. There had been a long-brewing debate about retirement benefits or lack thereof, and when 11th hour negotiations bottomed out, the District 99 faculty headed to the picket line Monday morning. School had only been in session for 3 1/2 weeks; being the dutiful student I had finished my homework for the previous Friday that weekend, than found myself bored out of my skull. I spent much of the week either reading, renting movies, or power-napping.

To remedy my lethergy, my dad suggested going to a White Sox game that Thursday night. The Royals were in town, and tickets were discounted for Fan Appreciation Night. As an autograph hound and a self-deluded KC fan, I jumped on the opportunity; my collection had plenty of gaps from the 2002 Royals' roster. That evening I had what was a record haul; I nabbed autos from eight Royals and five White Sox players. Even Todd Ritchie, a 15-game loser that year and easily the Sox' least-liked player, was signing generously and liberally, grinning as if he was about to be paroled from prison.

Strangely, that wasn't the most memorable aspect of that game. It was the top of the 9th inning. My father and I were sitting in the fourth row of New Comiskey's lower deck, just beyond third base. I was nursing the last drops of an overpriced Pepsi when all of a sudden, there was a commotion over at first. The Royals' bench had cleared, and there was a dogpile of players in the distance. There was a mix of grumbling, booing, and cheering all over the park. My dad was attentively watching, but even he didn't know what was going on. The jumbotron in center went black. A minute or so passed, and two shirtless men were escorted off were escorted away by security. The PA announcer made a generic annoucement about trepassing and public safety. Ten minutes after the melee, the game resumed.

Driving home from the game (a 2-1 Royals win, by the way) we turned on the Cubs-Mets game on WGN, when Pat Hughes interrupted play-to-play to explain what happened in Chicago that evening. A weird as the incident was, Hughes read the bulletin as if he was Walter Kronkite reporting JFK's death. Well, almost.

Without having heard any other news, I went to bed thinking the strike had wiped out the whole school week. To my surprise, I woke up at 8 AM that morning to discover the teachers' union and District 99 had reached an agreement, and classes were back in session. I woke up my mom, and she frantically drove me to school. (I didn't own my first car for another year.) I arrived late in the first period, than made a beeline to second period gym class.

The vote for homecoming court was held the Thursday before the strike began, and there was no mention of nominees on the first day back. It wasn't until I arrived home that afternoon fate struck again. One of the ladies in the front office called the house, asking specifically to speak with me. I gingerly picked up the receiver, and the secretary informed me that I was nominated for senior court. I accepted my honor and thanked her, than hung up and started jumping up and down. I broke the system.

After that whirlwind 24-hour period, the next week was a . All six contenders for Homecoming King were first-time nominees, and three were varsity athletes. I attended and made nice at several tie-in events, including a photo shoot and a nominees' banquet. A false sense of entitlement crept in. Getting nominated was one thing but winning was a whole different animal; the voting blocs were almost unilaterally seperated by clique, especially the team sports. Persuading underclassmen that didn't know me proved difficult, but not totally futile.

In the end, I was third place in a two-man race; the winner edged out the runner-up by only two votes, and together they combined for almost 75% of the ballot. Another football player got the edge. I went home with 10% of the vote, somewhat disappointed at first but reveling in the respect of my peers and placated by my moral victory. I felt weird mentioning my nomination, and I seldom brought it up unless somebody asked or alluded to that year's court. Beside a little extra attention, everything went back to normal in a matter of weeks.

Ten years later, these two disparate events are permenantly fastened together in my memory. My homecoming nomination proved to be, if nothing else, a nice embellishment on my resume. The 2002 Homecoming King is now the assistant manager of a Cheesecake Factory, and the Queen did some modeling before becoming a stay-at-home mom. I have led my adult life in mostly mortal anonymity, yet for a brief period in September 2002 I was almost king.


+ Something about Autumn depresses me. Even though it's still summer until September 21st, the temperatures have dropped and school is back in session. Something within the poetry of foliage and all things pumpkin alludes me. When the temperatures drop and I pull my hoodie out of the closet, it feels like an opportunity blown. It reminds me of a great athlete in his prime, then watching him fade into mediocrity and complacency as he ages. It makes me wish I'd savored the time he was in peak form.

+ Now we're in the home stretch. The conventions are over, and candidates are official, and the barrage of slanderous attack ads has begun. I've been opiniating throughout this whole, gruesome process --hell, since this blog began seven years ago-- and it's going to be very difficult for me to be quiet and sit on the fence until election day. As usual, I will continue to blather about President Obama and Governor Romney when I feel the uncontrollable urge to do so. I'm sure some of you have done the same.

+ I am truly, sincerely afraid that the hockey season will be lost again. You'd think Gary Bettman and the NHLPA had joined forces to run this great sport into the ground. I truly fear that hockey will become the team equivilant of boxing or horse racing, two sports that have been much better days.

+ Yes, I am supporting the Chicago Teachers Union. Who was asking? 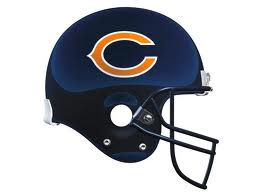 For the last two years, I've been posting my MLB preview with a weird, poetic twist: each of my forecasts have been styled as a haiku. After half-hearting my NFL preview last year, and  the Giants-Cowboys game going on as I write this, I've chosen to mete that approach to the pigskin. I dare Chris Berman to wax poetic like this.