As I stated in this blog a few weeks ago, 2008 was meant to be a new beginning. However, unlike that baseball-centric post '08 was a clean slate on a personal level as well. It was my first full year out of college, and after two decades in the American education system I was ready to find a job and make a name for myself. Alas, I was part of the last graduating class before the recession, and despite a spirited effort I ended up with a part-time job doing traffic and continuity in a radio station. It wasn't what I wanted but it was a foot in the door, or so I thought. It was a topsy-turvy year, one that I frequently commented on in this blog, but I also grew up a lot during those 12 eventful months.

To some extent, 2008 was the start of a new chapter in music. This was the year dubstep was "invented" for better or worse, and several of today's critics' darlings (Vampire Weekend, Fleet Foxes, MGMT, Santigold... Lady Gaga?) released their first albums. The first wave of 21st century indie-rock had played itself out, while the second wave was just getting started. It was also a pretty good year for artists we hadn't heard from in awhile (Portishead, Brian Eno, Randy Newman). In short, '08 was a distinctively challenging and unique year, a 12-month span that planted a lot of seeds that are still being sown today.

(As a reference point, here is my original 2008 music blog. Parentheses below note the original ranking.)

1. Oracular Spectacular, MGMT. In a year of alarmingly fresh and outstanding debuts, the hippie-dippy electro-sounds of MGMT stood out the most. All the singles ("Electric Feel," "Kids," "Time to Pretend") sounded like nothing else on college or AAA radio, and even the album tracks (the mournful, uncertain "Pieces of What") are catchy is their own non-conformist way. It's more than just a slick tribute, though; Andrew Van Wyngarden and Ben Goldwasser let their sardonic wit run wild as their freak flags fly.
2. Vampire Weekend, Vampire Weekend. (1) In 2008, I said their debut was "a fun, infectious record from four New York City college kids who treat Paul Simon's Graceland like a holy document." A band that was generating internet hype nearly the moment they first formed, VW met lofty expectations and than some. Their mash-up of indie-, baroque-, and Afro-Pop is as seamless and effortless and their lyrics are both knowledgeable ("Oxford Comma") and stylish ("Cape Cod Kwassa Kwassa").
3. Fleet Foxes, Fleet Foxes. Then came the harmonies. 2008's third-best first album doesn't just emulate early '70s folk-rock; it gives a strong sense of what it was and at the same time, what this band is about. "White Winter Hymnal" might be the best song of 2008; it's a beautiful tone poem, building from a five-part a cappella round into mellow jangle-pop, it's 2:27 of pure heaven.
4. Dear Science, TV on the Radio (2)
5. Með Suð í Eyrum Við Spilum Endalaust, Sigur Ros (6)
6. In The Future, Black Mountain (3)
7. Viva La Vida, or Death and All His Friends, Coldplay (9)
8. Third, Portishead (10)
9. The Rhumb Line, Ra Ra Riot (7)
10. Everything That Happens Will Happen Today, David Byrne & Brian Eno. The reunion of Byrne and former Talking Heads producer Eno --a collaboration that culminated with 1981's My Life in the Bush of Ghosts-- seems like a daunting scenario. Instead of taking the next logical step, they recorded an album that sounds nothing like their past work together. Byrne's recent fascination with gospel music blends well with Eno's ever-evolving electronic noodling. Leadoff track "Home" is the perfect example of that, while the white-funk deep cut "Poor Boy" will satisfy anyone anticipating a sequel to Remain in Light.

11. 808s and Heartbreak, Kanye West
12. Saturdays = Youth, M83
13. Santogold, Santigold
14. The Seldom-Seen Kid, Elbow
15. Stop, Drop and Roll!, Foxboro Hot Tubs. (4) 2008's most "fun" album was delivered by a Green Day side project. Recorded between the protest concept album American Idiot and its overwrought 2009 sequel 21st Century Breakdown, the Hot Tubs' only album to date is just a big, rollicking garage-rock rave-up. The guitar riffs evoke The Who, Yardbirds, and Kinks; not to plagarize, but with tender loving care.
16. Attack & Release, The Black Keys
17. Re-Arrange Us, Mates of State (8)
18. Crystal Castles, Crystal Castles
19. The Fame, Lady Gaga
20. This Gift, Sons & Daughters. (11) Never mind the lovelorn singer-songwriter that also debuted in '08, a Scottish rock singer with the same first name might have made the stronger first impression. Adele Bethel and her powerhouse voice is all over this breakthrough effort; the raw, shredded guitars and slick production just barely keep up with her. This all adds up to a diamond in the rough disc with nary a bad track.

"Sex on Fire," Kings of Leon
"The '59 Sound," The Gaslight Anthem
"Gamma Ray," Beck
"Re-education (Through Labor)," Rise Against
"Wild International," One Day as a Lion
"Run (I'm a Natural Disaster)," Gnarls Barkley
"You, Me, and the Bourgeoisie," The Submarines
"Chasing Pavements," Adele
"Morning is My Destination," Tift Merritt
"One Pure Thought," Hot Chip

Perhaps most crucially, 2008 was a tremendous year for clips. The YouTube era was finally in full swing here:

1. "Single Ladies (Put a Ring on It)," Beyonce. Kanye made a valid point about this video; too bad he addressed it in the most self-serving way possible.
2. "Thing For Me," Metronomy. Easily 2008's most charming video. Just follow the bouncing ball...
3. "Why Do You Let Me Stay Here?," She & Him. Even when she's channeling Edward Gorey, Zooey Deschanel is gosh-darn adorable.
4. "I Will Possess Your Heart," Death Cab for Cutie.
5. "See Fernando," Jenny Lewis.
6. "Dig, Lazarus, Dig," Nick Cave & The Bad Seeds.
7. "Toe Jam," The BPA feat. Dizzie Rascal and David Byrne. (NFSW)
8. "Who's Gonna Save My Soul?," Gnarls Barkley. (also NFSW)
9. "Ladies of the World," Flight of the Conchords.
10. "Cherry Tulips," Headlights.

EDITOR'S NOTE: I didn't have a chance to listen to The Hold Steady's Stay Positive (my #5 pick in 2008) before my self-imposed deadline, but in spite of a top-heavy year I'm sure that disc would've ranked again.

Your thoughts?
Posted by Stuart A. at 8:22 PM No comments:

The Trouble with Damascus

To some extent, someone or something must intervene in Syria. Such is the prickly situation that the United States, and obviously President Obama, have found themselves in. Do we play the world's policeman --on account of military strength, not so much nobility-- again, or avoid a potential Iraq-like quagmire? The president's final decision on Syria had the potential to be polarizing, to the extent that it could define his whole second term, but Obama's decision was surprisingly... wishy-washy. Delaying action and deferring to Russia was not necessarily cowardly, but certainly a passive action in the face of a reckless dictator. The president's declaration was underwhelming, no matter where you stand on the air strikes. He's just as confused about Syria as we are, and that is somewhat troubling.

+ Family Update: My father is now undergoing light radiation to prevent any further tumor growth, on top of his ongoing dialysis. Still no word on a third round of chemo.

+ Fantasy Update: About six weeks ago, both of my roto baseball teams were in dire straits; one was eighth out of ten, the other (which features some TV.com folk) ninth out of ten. Where the latter team was ultimately crippled by inning limits, I rectified my botched draft with some dark-horse pickups and surged back into the playoff race. When my head-to-head opponent failed to meet the minimum number of innings this past week, I hopscotched from eighth to sixth to fourth.

+ Improv Update: Two more shows to go before I graduate from the Second City Conservatory. It's been a long, challenging journey and I don't know how to feel now that it's almost over. With that said, I'm still staying busy; I'm producing a show at the Gorilla Tango theater in Bucktown (where I used to be on a house ensemble) in October, and I just booked some slots for my independent team. 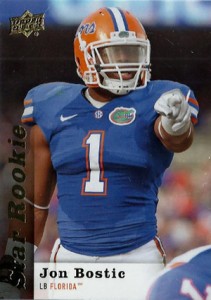 With the 2013 NFL season kicking off in mere hours, I felt inclined to make some predictions. Much like my baseball preview five months ago, my pigskin prognostications needed a unique twist. Something with brevity, something descriptive yet arch, something... with 17 soma.

NFC EAST
1. Giants (10-6). No flash, overlooked/drama-free Jints will prevail/with health on their side.
2. Redskins* (10-6). RG III, your knee/could make or break the season/ten high-scoring wins.
3. Cowboys (9-7). Romo, moneybags/the pressure to win, daunting/still no O-line, though.
4. Eagles (5-11). Kelly lacks the chips/to compete in a dense group/Vick or Foles? Oy vey!