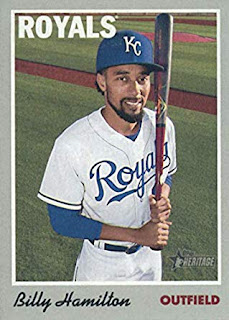 Happy Opening Day, everyone! Even though the 2019 season officially kicked off with two M's-A's games (and a disappointingly anti-climatic end to Ichiro's career) in Japan, it really starts today. The sesquicentennial of professional baseball begins with a number of interesting stories, least of all the battle of "haves" and "have-nots" in the American League. Maybe one team finishes at .500? The chasm between second and third place in the AL Central is already giving me vertigo.

Speaking of the AL Central... I spent last year watching Kansas City and thinking, "yeah, these are the Royals I grew up with." Expectations were modest before the Salvador Perez injury; we (allegedly) have the fastest team in the league, but our rotation has only three MLB-caliber pitchers and our lights-out bullpen from just five years ago is long, long gone. Ah well, at least we're not the Tigers or White Sox.

As for the predictions... you know the drill. 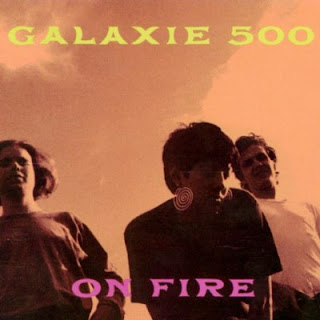 Last month, I hit the reset button on my best of 1988 list. Now I'm looking down the barrel of 1989, which I honestly think was a slightly better year for music. Ten (or thirty) years on, I don't have too many regrets about what I put toward the top of the list, though in hindsight the rest of my top ten looks a tad shallow.

1. Paul's Boutique, Beastie Boys. (1) Three decades on, this album still snaps. Besides, how can you hate on anyone that rhymes "tomfoolery" with "Chuck Woolery?"
2. Doolittle, The Pixies (2)
3. Disintegration, The Cure (3)
4. Three Feet High and Rising, De La Soul (4)
5. The Stone Roses, The Stone Roses (5)
6. On Fire, Galaxie 500 (NR)
7. 13 Songs, Fugazi (7)
8. Full Moon Fever, Tom Petty (6)
9. Energy, Operation Ivy (8)
10. Pretty Hate Machine, Nine Inch Nails (NR). The seeds of '90s alternative were planted heavily in '88 and '89, least of all the shape of industrial metal. Machine was a remarkable opening salvo for Trent Reznor, seemlessly blending bleak electronics with catchy riffs. A quickly ignored curio upon its first release, Machine built a strong word-of-mouth reputation in the next half-decade and transformed Reznor from an outsider to an unlikely place-setter.

Best Jazz Album: Letter From Home, The Pat Metheny Group (9). The PMG's sound evolved with each of their '80s albums --give or take the wild detour Song X-- but this album turned Metheny et al. into smooth jazz radio staples. Home is a very accessible, borderline pop album, but by no means superficial fluff. The most delicate moments on the album never devolve into maudlin.

On the fly and always sly:

+ The Democratic Party has never had a concensus on Israel. All this posturing about pledging support to Israel is an absolutely shortsighted way to resolve a thoroughly complicated topic.

+ I grew up watching "Jeopardy," so hearing about Alex Trebek's cancer diagnosis was disheartening. On a personal level, I know pancreatic cancer is pretty much a death sentence. Here's wishing Alex the best.