I'm not tired of the winning yet.

Last week, the Chicago Blackhawks beat the Tampa Bay Lightning 2-0 on home ice to clinch their third Stanley Cup title in recent memory. They have not only won just as many championships in six years then they did in the previous eight decades, but they've become the closest thing the NHL has to a dynasty in the post-lockout, salary cap era. In a city largely associated with sports mediocrity, "Da Hawks" have become a bright beacon of hope in a coalmine of futility. There was hardly anything to indicate ten years ago that this could ever happen to these perennial cellar-dwellers. (Of the "Original Six" NHL teams, only the Rangers have won fewer Stanley Cups.)

Unlike the deciding game in 2010 and 2013, I stayed home. I was wary of driving into the city when the nearest interstate drives right up to the stadium, especially in rush hour. It was also raining heavily, and any other plans simply never materialized. After leaving work, I ran a quick errand, took a power nap, than convened with my family to watch game 6 in our living room. It was a rare occasion for all four of us to be watching the same thing on TV, let alone the same TV. Both of my parents were on the mend --Mom had a staph infection, Dad's dizzy spells forced him to go to physical rehab-- and living at home has become more of an obligation than anything else.

Amid a growing mountain of stress, the Blackhawks have become a weird kind of constant in my life. I couldn't care less about the Cubs or White Sox, the Bears are rebuilding, the Bulls are a good team that hit a plateau before ever finding greatness, and the Fire (the soccer team, not the TV show) are all but irrelevant. This city has its problems, but the hockey team almost everyone forgot about a decade ago is not one of them. It's one thing when something once assumed impossible happens, let alone three times. May the good times roll while they last.

An Illinois politician turned out to be corrupt? You don't say!

In my home state, anytime anyone is elected you almost have to assume they're guilty until proven innocent. It's jaded and cynical, and both the Democratic and Republican parties have hogtied opposing candidates to their alleged crimes (with mixed success) but corruption in the Land of Lincoln transcends parties and political beliefs. Everyone assumes the whole system is tainted, and we're not without reason. You start wondering about people who have no perceived history of wrongdoing, the Bruce Rauners and Jesse Whites of our upside-down little state.

Rep. Dennis Hastert, the homegrown congressman who was second in line to the Oval Office in the early and mid-2000s, is no exception. The two major charges against him seem par for the course in Illinois: he violated federal banking law and lied to the FBI. Unlike a certain attention-hog imbecile that spent six years as our governor, the reasoning behind these two charges are so sordid, you can't blame Hastert for avoiding the media.

Apparently, Hastert had relations with a teenage boy some 35-odd years ago. To cover up the sexual abuse, the small-town teacher gave this student a handsome sum of hush money. Hastert continued to pay off his victim until he apparently committed suicide in the 1990s. In the meantime, Hastert ran for public office and rose through the Republican ranks. I'd go more into detail, but certain details are being kept from the media. To make matters worse, Hastert's alleged lies to the FBI is in direct violation of the Patriot Act... which Hastert helped pass in the Autumn of 2001.

Illinois has seen its share of controversies, but never a sex scandal. In a perverse way, it brings the GOP's late '90s witch hunt of Bill Clinton full circle. As a puritanical section of the Republican Party nearly got the president kicked out of office for perjury, Speaker New Gingrich was forced to step down for past indiscretions. His immediate successor, Rep. Bob Livingston, lasted a week or so before he was caught in his own sexual imbroglio. The baton was then passed to Hastert, a square-jawed former wrestling coach who went on to become the longest-serving Speaker of the House in GOP history.

Rep. Hastert has plead not guilty, and there's a good possibility there will be a plea bargain before the former SOTHOR ever stands trail. This is more than just a fall from grace; this is a fall from decency. He wanted to protect the children, yet couldn't protect them from himself. Hastert was never the humble man without airs that was he hyped to be; he was a politician through and through. The long line of corrupt lemmings in Illinois politics just got a little bit longer, one by one jumping off a cliff of reprobate oblivion. 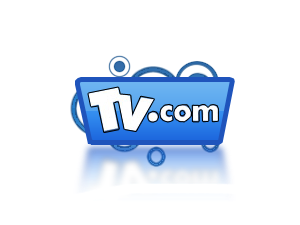 When I wrote my first blog entry on the then-nascent TV.com in June 2005, I really wasn't sure what was the point. I was curious about the concept of having a blog, especially on a site where I was a prolific contributor yet also somewhat anonymous. I had my niche --SNL, classic sitcoms, late night TV-- and I made some acquaintances through that. The double-edged sword of CNet buying out TV Tome (and its forgetten sister site, Movie Tome) and the perception of selling out was what actually allowed the new site to become more of a community. We weren't just screen names and post totals on a lo-fi episode guide site, but human faces with human feelings. That layer of anonymity was gone, though some chose to hide behind some kind of veneer. These were halycon days, a period of unabashed nerdiness that lasted about five, maybe six years.

Of everyone that made TV.com hum in the later part of the 2000s, I'm one of the last remaining. I still enjoy the luxuries of being an editor --well, what's left of them, anyway-- though the forums and actual community has atrophied. Most of the people I knew on the site have become friends on other outlets of social media, and the Facebook group Return to TV.com has maintained the conversation in exile. It's not the same, but at least most of us have stayed in touch. The temptation to quit TV.com altogether ebbs and flows in my mind.

If this 10th anniversary blog doesn't sound that celebratory, I have two reasons why. First, I consider my anniversary with the site to be February 1st, 2003, when I launched my TV Tome account. Even though I've been the editor of the SNL episode guide almost immediately after the conversion, it was my contributions in the 2 1/2 years prior that earned that position. I built my status by being prolific in the SNL forum as well as the now-defunct sports discussion board, then submitting info to fill the gaps in Late Night and Late Show with David Letterman. I rose through the ranks at astonishing speed, making the leap from Level 1 to Level 7 within my first two weeks on the new site. Before the level-up system was more or less abandoned last year, I was on the cusp of Level 64, not anywhere near the all-time submission champ but still comfortably in the top 25.

My second reason is that I struggle to seperate my personal life from the half-assed veneer I created. This blog (which I "similcast" with TV.com from 2008 to 2012) became an outlet for me to discuss anything I wanted. My weekly updates are and always will be ramshackle; I'll talk politics one week, music the next, then those two plus my family the week after that. It goes without saying that my life is significantly different than when I was 20: I'm slogging through another temp job, both of my parents still have recurring health issues, I've been living at home a lot longer than planned, and overall I'm just forcing myself through the peaks and valleys of adulthood. On the other hand, I'm far less introverted than I was 10 years ago, my dabbles in writing, comedy and improv have become almost a part-time job onto itself, and I've finally come to terms with the fact that my radio aspirations were never meant to be. (I haven't totally ruled out voiceover work.)

Navel-gazing aside, I want to thank anyone and everyone who has ever read my blog for commenting and interacting over the past decade. I am grateful for the support of my friends and family, including the people I've never met in person that have taken a foothold in my universe. I wouldn't be doing this if I didn't think anyone was interested, and you've been vigilant and then some.