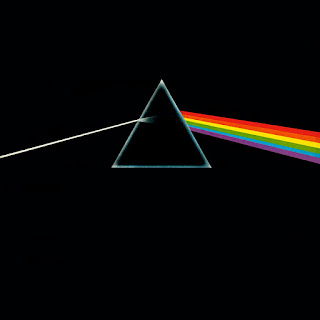 Longtime readers will recall that for a span of 4 1/2 years, mostly by milestone I reviewed every year in music from 1963 to the then-present. There are some lists I'm perfectly fine with, while others had glaring oversights and omissions. (Look at my #5 pick below. I’m ashamed.) A lot of my earlier lists would have benefited from Spotify it were around at the time, and that is definitely the case for my 1973 rundown.


As I implied nearly a decade ago, '73 was stacked. Growing up on classic rock, I know almost all of these albums like the back of my hand. Most of my lists are a top 20, and I simply couldn't whittle it down from 25. Ditto for the list of singles. At the same time, since I first wrote this list in 2009, I’ve witnessed some shifts in my musical tastes, and discovered some new bands and albums in the interim.
(Parentheses note original rankings)
BEST ALBUMS:
1. Dark Side of the Moon, Pink Floyd. (3) As much as I love Brick Road (it's one of my top three favorite double albums) my original list did a disservice to far-reaching cultural impact and commercial success of the Floyd's breakthrough. Call it overrated or a relic of its time, this was one of those albums that launched a thousand imitators and acolytes.
2. Goodbye Yellow Brick Road, Elton John (1)
3. Innervisions, Stevie Wonder (12)
4. Raw Power, The Stooges (7)
5. Aladdin Sane, David Bowie (NR)

BEST SINGLES:
"La Grange," ZZ Top
"Kodachrome," Paul Simon
"You're So Vain," Carly Simon
"Frankenstein," The Edgar Winter Group
"Heartbreaker (Do Do Do Do Do)," The Rolling Stones

"Killing Me Softly (With His Song)," Roberta Flack
"Love Train," The O-Jays
"Let's Get It On," Marvin Gaye
"Midnight Train to Georgia," Gladys Knight & The Pips
"Here I Am (Come and Take Me)," Al Green

"Stir It Up," Johnny Nash
"Drift Away," Dobie Gray
"One of a Kind Love Affair," Spinners
"Keep on Truckin'," Eddie Kendricks
"Masterpiece," The Temptations

Dedicated to the memory of Mark A. Peterson

The Administration That Couldn't Shoot Straight

The privilege of being President of the United States comes with the burden of near-constant, unrelenting scrutiny. Even though full transparency cannot be truly attained (at least one former POTUS had promised) the exhaustive analysis of everything POTUS has been augmented by the advent of social media 10-15 years ago. Even though President Trump adores Twitter, the frankness of his tweets and the microscope he put himself under (intentional or not) are working against him.

In light of two news stories in the past week, the Parkland school shooting and the indictment of 13 Russian hackers, President Trump’s ability to demonstrate authority was yet again undercut by his aloofness, ego, and thirst for gratification. Robert Mueller’s indictment of hackers may have been dismissed with an all caps “NO COLLUSION” tweet, but it’s hard to believe the infringement of the 2016 election was one-sided. It is very much possible that the President will survive this, and like so many in his inner circle, someone else will get thrown under the bus, guilty of conspiracy or not.

There is little doubt in my mind that if our president was more self-aware, he would concede to the criticism and resign. Then again, if Trump were self-aware he would have put the kibosh on Russian communication the moment it was first suggested or implied. Better yet, there are many avenues of logic where none of this should have ever happened. The bafflement continues.

If I can't focus on one thing, I'll just bounce around:

+ At long last, the Tea Party is dead. The last nail in the coffin was Sen. Rand Paul's unnecessary and obtrusive filibuster against the federal spending bill last night. Fiscal restraint aside, their primary objective was to troll President Obama, who left office 13 months ago. The leaders of both major political parties have no problem with spending federal dollars, as long as its justified.

+ The Trump White House is spotty about security clearance? Two-plus months after fawning over Judge Roy Moore, President Trump offered praise to an accused wife-beater? Its amazing that anyone would be phased by this anymore.

+ Remember what I said about Jeanne Ives being a borderline viable option against Bruce Rauner? Never mind.

+ I haven't had a chance to watch the first few days of the Pyeongchang Olympics yet. I hope to remedy that during the week. Otherwise, please forgive this concise dispatch.