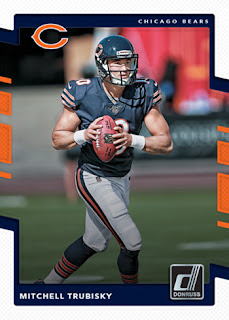 It doesn't seem like the NFL season is right around the corner. Its been a tumultuous summer, and perhaps some of us aren't ready yet for the first kickoff. Nevertheless, the defending Super Bowl champion Patriots (and Tom Brady, probably in his final season) start the year against Kansas City on September 7th. Controversies still swirl around Colin Kaepernick and Zeke Elliott, and I can think of six or seven teams that are going to be horrendous this year (including my Beloveds). Let me break it down for you, 17 soma at a time:

He came, he saw... he Mooched? The first White House employee to serve negative time, Anthony Scaramucci's ten days between appointment and forced resignation were a whirlwind. There's not much I can say that hasn't already been said, beyond the fact that Scaramucci's demeanor made him horrifically ill-suited for the position, and President Trump's tendency to hire and appoint sycophants and close friends has reached peak hubris. Here's hoping Gen. John Kelly, a public servant as straitlaced as Scaramucci was loud and profane, will attempt to bring a level of dignity and gravitas we haven't seen yet in the Trump White House.

Early last week --just before Mooch's resignation, as a matter of fact-- I had read this editorial from the National Review and commented on it on Twitter. I joked that at least it wasn't "that pinko rag The Weekly Standard"; he liked the reply, but it was pretty clear he didn't know I was joking. It was another brief, discomforting reminder that quite often, arguing with Trump's most ardent supporters is a rabbit hole into obliviousness. They are brainwashed, putting patriotism before critical thinking, the blind led by the blind.

NOTE: I wrote these two first paragraphs before the act of terror and ensuing fracas in Charlottesville, Virginia on August 11th.  This weekend, for the first time since I launched Stu News, I posted something that wasn't meant to be satirical or jovial. The bigots and white nationalists that Trump catered to during the 2016 primaries feel validated, and for as odious and reprehensible their actions were, this was their rallying moment. (Incidentally, the National Review begged Trump to condemn the alt-right. Everyone is still waiting.) They were taught to hate, to vehemently distrust those unlike them, and now they think they have the same rights that everyone else has. I am appalled beyond words. My thoughts are with the Heyer family and those injured in Saturday's counter-protest. 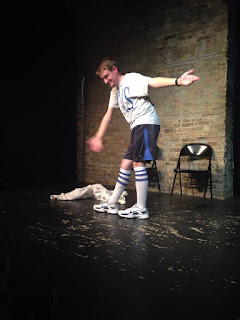 This past Monday, the Gorilla Tango shuttered it doors. By default the best entertainment venue in Bucktown, GTT was known mostly for burlesque. It doubled as an art gallery and a playhouse, but I was acquainted and associated with GTT by improv.  I spent three seasons with the Improv Zoo coached ensemble program that Kristi McKay ran in 2012-13, and made my first leap into producing there with a variety show in October 2013.

Like a lot of people, I have mixed feelings about Gorilla Tango's demise. On one hand, I met Dan Anderson during my last season with the Improv Zoo, and Flower Shop Bangers owes its existence to a happenstance show at GTT. On the other hand, it was rather expensive to produce a show in the space (I was convinced by a flyer at the ticket desk) and "The Allard Programme" lost so much money, it took me almost two years to pay it off. Considering who assisted me with getting the show off the ground --mostly good friends, but some acquaintances too-- it was both a learning experience and a mild embarrassment.

The last time I set foot in GTT was about six months ago. I tagged along with my girlfriend Marissa and our pal Aaron to see a "Back to the Future" -themed burlesque show. These type of shows were what kept the lights on, and even though they were well-received the tickets were ridiculously expensive. They were known to sell out too, but this particular performance of "Boobs to the Future" sold maybe 12 tickets. At one point, the dancers did a bit where they begged audience members for donations. I didn't realize they were legitimately asking for tips. Rumors of apparent financial issues were going from a mumble to a holler.

The photo taken above was from the third of the four "Allard Programme" shows I hosted and produced. I only sold eight total tickets in the first two shows, so I promised that if we sold out the theater for week three, I would host part of the show in my junior high gym uniform. We fell way short of my goal, but I twirled around in my old gym suit anyway. C'est la vie.