I've got politics on the mind:

+ I'm not that keen on Bruce Rauner, at least not yet. He still comes across as an out-of-touch millionaire who promises more than he can seemingly deliver. Either way, the first Republican Governor of Illinois in 12 years has his work cut for him, a bipartisan mess that dates back to the turn of the 21st century. Corruption has become an assumption in his office, and even though Rauner beat a weak, doddering incumbent he still needs to win Illinois' trust. The bar has been set fairly low.

+ Speaking of Illinois, we're about two months away from the next Chicago mayoral election. Rahm Emanuel has his detractors and rightfully so --especially given his inability to reduce street violence-- but his opponents for reelection are a hodgepodge. He's currently polling at 50%, and depending on whether any of his three challengers gain any momentum, the odds of him winning a second term are fittingly about 50/50.

+ Meanwhile, on a national level, this year's State of the Union was probably the most tangential address to Congress in recent memory. If you looked at it at face value, the speech was President Obama discussing job growth and domestic security while also defending his still-controversial overhaul of health care. If you read between the lines, Obama was discussing the next four years, and the long-term impact of his administration. With less than two years to go and a GOP-controlled ready to nix anything he puts in front of them, this might be the closest this president might ever get to another victory speech. The Obama years might seem like a mixed bag (or worse) but he doesn't seem to be giving up just yet. 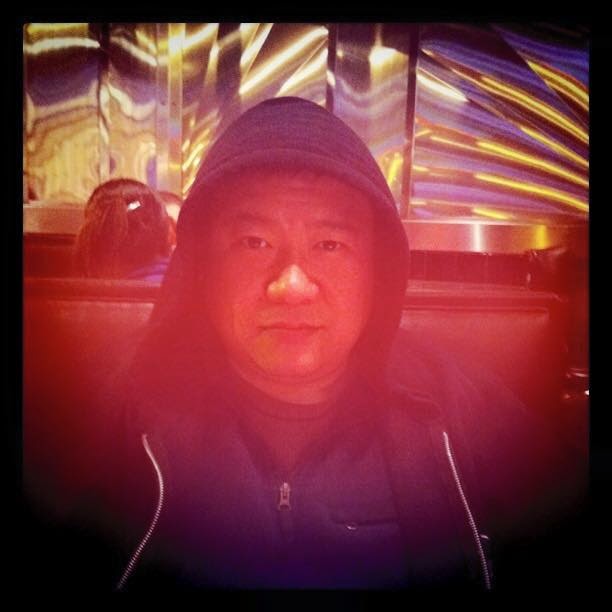 I am in complete disbelief.

Several hours after I heard the news, I still can't comprehend the fact that Jason Chin is dead. As I write this, details are still sketchy, but what happened was relatively sudden. At the same time, I figured it would be best to process my raw emotions into something meaningful:

I first met Jason Chin at iO Chicago somewhere around mid- to late 2010. I never had him as an instructor; he was just always around, either playing in Armando, sitting in with Deep Schwa --a legendary house team that dates back to the mid-90s-- or talking comic books with the bartenders. It wasn't until I became an intern a few months later that I got better acquainted with Jason. He also created and produced "Whirled News Tonight," a long-running improv show based on current events. I interned on Saturday nights during WNT, assisting in putting newspapers and scissors on a folding table so that audience members could pick the stories the "news crew" would use for scenes.

There was little questioning that Whirled News was Jason's baby. He co-created the show, served as producer, and also coached the oft-rotating ensemble of Chicago improv veterans. It was, he slyly gloated, the longest running topical comedy show in the city. (By my last count, of the current dozen or so actors currently in WNT, three or four are still around from the show's 2003 inception.) Jason also organized the stage like a mom before her kid's birthday party; he made a habit of sweeping the floor himself with a broom, and if an intern didn't do it first, he would also set up the folding table and the cork board used for the newspaper clippings. I usually moved the table off-stage before the show began.

As an intern, I was supposed to alternate weekly between the upstairs (Del Close) and downstairs (Cabaret) theaters at iO's then-location in Wrigleyville. However, one of the other interns was apparently obsessed with the musical improv show in the Cab, so 75% of the time I was upstairs watching and playing gofer for Whirled News. On the occasion that I could sit down and catch my breath, I witnessed a show was at worst above-average improv and at best transcendent and hilarious, and it usually leaned toward the latter. Jason had a singular vision for Whirled News, and it operated like a cunning machine.

Jason was on my short list of people I wished I could collaborate with. When my time as an iO student ended --and ergo, my internship-- I expressed my interest to Jason in auditioning for WNT if I made a Harold team. He appreciated the thought, though obviously nothing came of it. A little over a year later, Jason was putting together a variety show called Saturday/Saturday, which would run Saturday nights after Whirled News. This time around, he was both producing and hosting the show, which would feature a small army of acts in a rapid-fire setting. I auditioned with Bess Miller on a short-lived project we worked on called Half Jew Half Stu ("an improvised divorce"). We did an improvised scene for him; it was pleasant enough, he concurred, but with the election coming up he thought our concept was better suited for Valentine's Day. We promised to re-audition in a few months, but Bess was busy with other projects and HJHS evaporated soon after.

As it turned out, I missed out on something pretty special. Saturday/Saturday ran for a year or so, but the one show I attended left an indelible mark in my mind. Chin's vision of a chaotic, high-energy variety show was fully realized, with him as both the ringmaster and the eye of the storm. It was Variety with a capital "V": you had the obligatory improv and sketch acts, but also a quiz segment, at least one stand-up comedian, a musical guest, a guy that did slight-of-hand tricks, and a hypnotist. Each act was given six or seven minutes to share their wares, to ensure that the show would go as frenetically as possible. Jason's quiz segment concluded with an audience member wearing a "Sombrero of Shame," which I borrowed to him after he messaged some people on Facebook. I meant to ask when I could pick up my hat, but the opportunity never arose.

I didn't know Jason Chin on a personal level; we hardly hung out or had any lengthy one-on-one conversations. At the same time, I grew familiar with his essence. He was jovial, but his art was truth; he could be grounded and spontaneous at the same time. He was a late bloomer to improv, having not taken his first class until he was almost 30, but he more than made up for lost time. There was a reason why he spent so many years as iO's creative director and training center chief; he knew talent and understood how to both nurture and support it. Like a certain big, silly hat that now sits in a closet somewhere, Jason Chin is now lost to the ages. A peerless man with a tremendous mind, gone far too soon at age 46. To my friends on the Chicago improv scene, I mourn with you tonight, as we collectively struggle to figure out this incalculable loss.
Posted by Stuart A. at 10:10 PM 5 comments:

Well, Happy New Year everyone. After fighting a rough case of the flu last week, my 2014 TV blog was pushed into early January. For the handful of people that still read this blog, thank you for your patience. I hope this top five was worth the wait, because 2014 in TV was incessantly entertaining.

1. Broad City, Comedy Central. In a banner year for Comedy Central programming --"The Colbert Report" went out with a bang, and I've heard good stuff about "Review"-- arguably the most unique sitcom on basic cable was its funniest. Abby and Ilana live pathetic, low-stakes lives yet their tiny crises and self-delusion was plenty entertaining. Memorable Episodes: "Working Girl," "Fattest Asses," "Apartment Hunters"

2. Community, NBC. This season never should have happened. After an uneven (read: not totally awful) fourth season, showrunner Dan Harmon returned by some act of God and made his strangest creation relevant again. Aging and mortality made for a compelling recurring theme in 2014's big comeback story. Memorable Episodes: "Cooperative Polygraphy," "GI Jeff," "Basic Story"

3. Bob's Burgers, Fox. Surreal humor and family warmth are always on the menu at everyone's fledging burger joint. Even though monotone eldest daughter Tina remains the show's best weapon, all five Belchers have their own lovable set of quirks, and Season 4 was also a breakout year for sad-sack regular customer Teddy. Memorable Episodes: "Mazel Tina," "The Equestranauts," "Tina and the Real Ghost"

4. Mad Men, AMC. The ad execs and creative talents of Sterling Cooper & Partners (or whatever it's called now) entered 1969 amid much personal turmoil. At the halfway point of the show's bifurcated final season, it came down to the agency's makeshift family: Don the Dad, doting Pete and Peggy, Grandpa Bert (RIP) and wacky Uncle Roger. Memorable Episodes: "A Day's Work," "Waterloo"

5. Girls, HBO. Even though the hype (and ensuing controversy) has died down considerably, Lena Dunham and company are still putting out a quality product. The lighter-hearted third season also featured the epic "Beach House" fight that was in the gloaming almost from day one. Memorable Episodes: "Dead Inside," "Beach House," "Flo"